TechoWiser
Home Reviews Is Pokego++ safe to use?

Is Pokego++ safe to use? 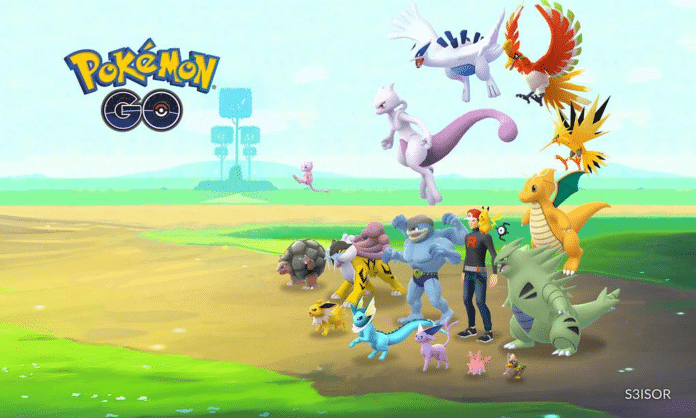 Pokémon Go has to be one of the most popular games of its genre. When it was first released, gamers went bonkers for the game. It was so different in its genre that people instantly got hooked to it. The traffic came in and the developers of the app made a big chunk of money. Pokego++ is the mod version of the same game. If you want to go for all the features in Pokémon Go without trying hard, Pokego ++ is definitely meant for you. It is easily available online and once you download it, things will definitely see a change in terms of features and the gameplay.

If this question arose before 2019, the answer would have been yes. When the game was developed by Global++, it was supposed to be meant for everyone. It was easily available on online platforms and it saw record breaking downloads at a point as well. The developers had made such a game which anyone could play at the best of their comfort. It added a number of features to the normal version of Pokémon Go which was why people were interested in having this version on their Androids or iPhones.

Ever since 2019 however, the game has been banned completely. It means having this version of Pokémon Go is not possible through the official ways. But you can still use this game through other means. There are certain websites and app stores where you will first have to jailbreak or root your device in order to process further. Since it requires jailbreaking and rooting, it is definitely not safe to use. It can lead you into legal troubles in the future. So the best thing that you can try to do is finding an alternative for the game or just play its normal version.

Q1: Was Pokego ++ developed recently or has it been a long time?

Pokémon Go was released back in July, 2016. Within two months, the developers made sure that its mod version was made available to the users as well. So this version of the game exists as long as the normal version of Pokémon Go from the first time it was released.

Q2: Is Pokego ++ any different from Pokémon Go?

It is very different from Pokémon Go to begin with. When you download Pokémon Go, you will get a normal bunch of features while most of the others will stay locked. In Pokego ++, all the features of the game are unlocked from the get go and you might see a change in the theme of the game as well.

Q3: Is it okay to download Pokego ++ right now?

No, it’s not okay to download Pokego ++. The thing is, this version of Pokémon Go has been banned ever since 2019.

It would be advised that you go for the normal version of the game currently since having Pokego ++ on your phone can put you in danger. But if you still want to have this game on your mobile phone, you have got options to download it for sure.

If you are here, your current gaming monitor has probably failed to cut the cheese, and hence, you need a new 20Hz monitor. As...
Read more
Gadgets

Printers, printers, and printers- is there any place where we don’t get them? Of course, not! In business premises, corporate offices, small businesses, homes, classrooms, coffee...
Read more
Gadgets

Best Laptops For Video Editing Under $1000 – A Definitive Guide

Professional video editors and YouTubers know the importance of video editing and the results it brings compared with unedited videos. For that required a...
Read more

How to Use the Cheat Codes for Flash Based Video Games

At a time when the internet was slowly growing into a portal for information, Future Splash Animator/ Flash came in as a rescue tool...
Read more

Is Pokego++ safe to use?

Pokémon Go has to be one of the most popular games of its genre. When it was first released, gamers went bonkers for the...
Read more

How to sync iPhone to iTunes, iPad, and Mac?

Sync iPhone to iTunes Syncing data is a great way of preventing losing data. Syncing your phone is always better as you can get to...
Read more

How to update iTunes on Mac?

How to update iTunes on Mac Updates are always better for software. They always work on improving the respective software and fixing bugs. It is...
Read more

Merchants may not like the word “chargeback” because of its implications towards their business but it also offers several benefits to them. It is no...
Read more

ABOUT US
Techowsier is Playing his part in Digital world in the way of knowledge.
Contact us: Info@techowiser.com
FOLLOW US
© Copyright techowiser.com