TechoWiser
Home News Computing What Are the Advantages of Using React as a Programming Language?

What Are the Advantages of Using React as a Programming Language? 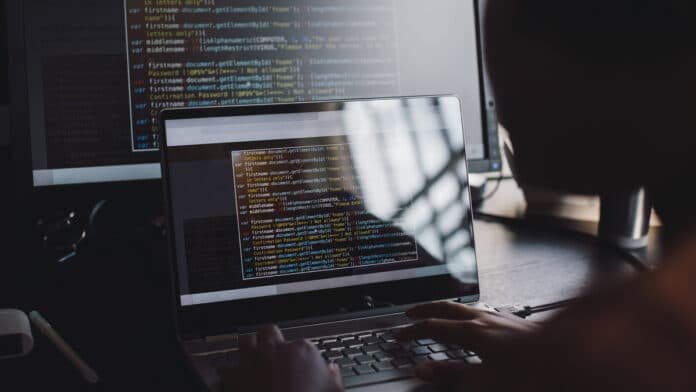 The modern web development trend seems to have a favorite programming language. Yes, you guessed it right – it’s JavaScript! JS, with its many libraries, developer tools, and frameworks, has become a rock-solid foundation for modern web app development.

What React Brings to the Table

Choosing between diverse libraries for your UI components can be overwhelming at times. This article analyzes the various benefits of React so that you can start building your responsive web app right away.

Resource-heavy components of enterprise-level applications can reduce the speed of rendering significantly. This often impacts the overall performance of the application. Also, changing child structures can affect the stability of the entire code base, which is not desired in real-life use cases.

With React, performance is not an issue as it sports only downward data flow, which ensures better stability via steady one-way data-binding. The virtual Document Object Model (DOM) concept makes it extremely easy to render heavy applications in minimum time, enabling a more pleasing user experience.

React Native is a framework that utilizes the concepts of ReactJS and implements them to make fully-functional native mobile applications. Not only that, these apps work seamlessly both on the web and on handheld devices.

Hence, the demand for React native developers is rising every day so that companies can build high-performing hybrid apps for their organizations. Moreover, setting up the dev environment using the React Native CLI or Expo is straightforward, regardless of the operating system.

JSX stands for JavaScript XML, a syntax extension for the language. Using the JSX syntax, one can readily write HTML code as a subcomponent inside the JavaScript file. It makes the entire app render faster and reduces typos in large tree structures. In a nutshell, creating high-volume apps and custom components from HTML mockups is a straightforward task with JSX.

The Learning Curve Is Moderate

Unlike Angular, which is a full-fledged JS framework, ReactJS is a JS library. In the model – view – controller (MVC) architecture, the library focuses solely on handling the View component. Thus, developers can start building a fully-featured frontend application by merely studying the official documentation and tutorials. Also, React refrains from employing complex internals, templates, and patterns, which makes it an easy-to-learn programming instrument.

Mastering React will undoubtedly bring high rewards to any developer as unicorn startups and prominent Fortune 500 companies are seen to be using frameworks that utilize React in one way or the other. The secret to this library’s success is probably the easy-to-implement modules and SEO friendliness, which is why it’s such a lucrative choice for devs and enterprises.

For example, React Native is a complete framework based on ReactJS, which powers mobile applications by Tesla, Facebook, Instagram, Udemy, Walmart, Airbnb, GoDaddy, Tencent QQ, and other prominent brands. Apart from this, websites like IMDb, PayPal, Netflix, BBC, Reddit, and Dropbox use ReactJS for their frontends.

The concept of reusing system components makes the workflow seamless. Some functional modules are common to all brands, such as payment forms, bread crumbs, image carousels, etc. The reuse of assets makes maintenance effortless and facilitates consistency in the applications. Additionally, the internal coding standard introduced by Facebook, the creator of React, has enabled a better version-management practice industrywide.

Apart from delivering cutting-edge UI-rich applications made out of JavaScript, React has enabled companies to scale their apps effortlessly. Thus, it has become the primary choice for both startups and giant corporations. Are you looking for a scalable solution for building your hybrid web application? Now is the time to outsource your project to React native developers with years of experience to get your job accomplished efficiently.

Previous articleHow to Safely Access and Use the Zero Trust Network
Next articleWhat is Kuv24-Cyber.de and How to Protect Yourself From a Cyber Harassment?

A Bit About Ransomware How It Works And What It Does? And Can It Be Countered?

Ransomware is prominent and is known to be the most disruptive kind of malware in existence. One ransomware attack can cause damages of millions...
Read more
Computing

Is CSPM Essential for Cloud Security?

When Does A WordPress Site Require VPS India?

WordPress is the most promising Content Management System (CMS) used by a large percentage of users. It was initially prevalent & highly beneficial for...
Read more