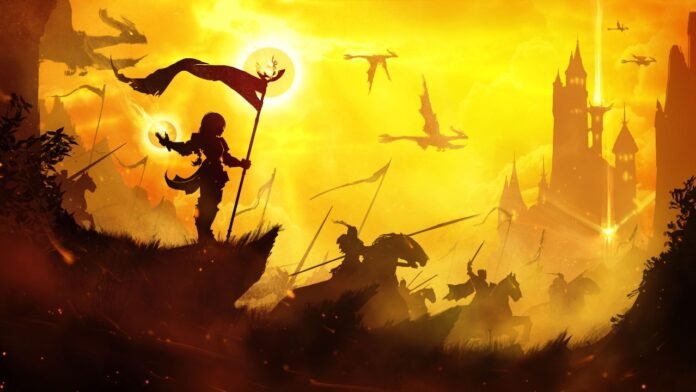 All MMOs would welcome new players to their fold. However, that’s becoming a problem in FFXIV, as the servers are becoming overloaded. They’re not going to explode, hopefully, (but it may be a possibility). At any rate, this recent surge of players strains the servers, so they had to be closed to new characters. That means new FFXIV accounts can’t create a character in the server.

Why Is It a Problem?

The Endwalker expansion is approaching, and that means returning players are coming back. On top of that, the recent surge of new players isn’t helping. Login queues are becoming too long, and well, it’s also affecting gameplay through lag.

It’s harder to farm FFXIV Gil or fight in a raid when the server stutters every now and then. Nobody likes lag in any game. Also, digital copies have run out due to all the new players joining the game. That sounds absurd, doesn’t it? Digital copies are running out of stock. It’s like saying the stuff in the FFXIV Shop ran out of stock of FFXIV mounts. Sure, the stock is at the mercy of the devs, but that’s availability rather than limited stocks.

Why Is It Happening?

FFXIV has always been a popular game. Though you may think its population is quite low at the thousands, there are a million registered accounts that are just waiting for an excuse to come back. With the recent announcement of the Endwalker expansion, that’s probably one of the biggest reasons to play again.

There’s also the mistaken belief that Endwalker will be the last expansion. Sure, the name does suggest it, but it’s not the end of the game yet. Anyway, that belief contributes to the wave of new players so they can experience the game before it ends.

There could be other reasons for this, maybe they just gave in to their friends, or they’re migrating from other MMOs. Other popular MMOs are on a decline, and they want a game that feels good, for example. The other games aren’t providing that anymore, so they jumped ship.

Devs are working on upgrading or adding servers to cope with the surge of players. They’re hitting a snag due to a lack of manpower and supplies, though. The other solution is to change servers, as JP/Asia ones aren’t too filling.

Except, if the players have friends in the NA and EU servers, well, they can’t play together. That’s the real problem of this solution since the game promotes cooperation and playing with a party. Well, making new friends shouldn’t be a problem, but then again, they joined up to play with friends.

Otherwise, there’s not much an ordinary player can do. They can try moving their gaming hours to off-peak hours, but that’s about it. They can only wait until the developers can finally add servers or upgrade the capacity of the current ones.

Let’s hope they do get this fixed by the time Endwalker releases, or else the servers might actually explode.

Having new players is a plus, but when they come in this kind of fashion it just creates more problems. Then again, there aren’t that many MMOs that can scratch the itch of a good old RPG experience. Maybe it’s also because it’s also the game that receives the least criticism recently.

World of Warcraft has players choose between the Classic experience or the Retail theme park experience. Yet, somehow players are dissatisfied with both. Combine that with their recent scandal and that results in players leaving the game for a bit. Path of Exile also has similar criticisms due to the decision to nerf everybody’s favorite Harvest mechanics. That along with some problems with builds is causing player dissatisfaction and discontent.

While these two games aren’t the source of the influx of players to FFXIV, they are probably the biggest contributors to it. Whatever the cause, let’s hope everything settles down before it can get worse.

Enjoy FFXIV, and look forward to its expansion!