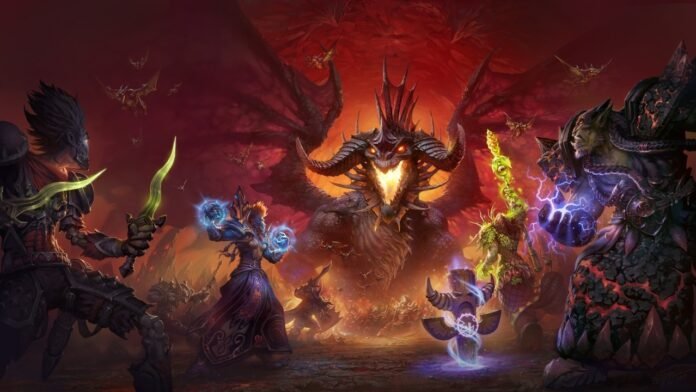 The Burning Crusade Classic is one of the hottest games to play right now and it’s deserved that sort of statement from its players. Granted it’s not perfect and several things in the game would’ve been better if Blizzard has just taken a different route, but the transition from WoW Classic to WoW Classic: The Burning Crusade through the Dark Portal was nothing short of a magical experience for its community. For gamers that have had a lot of free time on their hands ever since the pandemic hit, most of them have adapted to a work-from-home lifestyle where they can freely wear their pajamas for the entire day. Heck, even the pandemic has turned non-gamers into gamers because of the increased amount of people spending time in front of their computer or screen whilst wearing the same shirt for weeks. Whether someone is a total noob or an expert in farming WoW TBC gold and TBC items already, the Burning Crusade Era is the perfect time-sinker for anyone that wants to just chill while playing video games.

Despite the Slow Pace, Every Step Feels Like a Progress

In the vanilla version of World of Warcraft, there were lots of convenient tools that players can use to get around the map quicker. From flying mounts to checkpoints, World of Warcraft vanilla has become a sort of metropolitan city where everything is quickly progressing. Without a moment to stop until reaching the endgame, players feel compelled to keep on going until they’ve managed to reach their destination. Plus, let’s not forget about the flying points that are present in every hundred or so yards. These additions result in the exploration of the open-world game be missing. In WoW Classic TBC, on the other hand, this is not the case. With high-speed mounts being too expensive for players to even consider getting, discovering all sorts of zones and mobs that need to be killed to finish quests has become a relaxing thing to do. Heck, even simple WoW TBC gold farming has become enjoyable rather than tedious!

With this, every progression that a player has on their character feels significant. There’s a lot to progress over in WoW Classic such as Mount progression, Level progression, and Reputation progression. Then there’s also the matter of Gear progression where players will slowly transition from green-colored gear to blue-colored ones and then finally get hit that point where they need to wear Epic gear. While it might seem minute, every step of the way feels significant due to the game’s higher difficulty curve and much slower pace.

Getting A Zen-Like Experience

The beauty that lies in Burning Crusade Classic is that it’s a game that is surprisingly meditative and downright relaxing. While getting attacked by a mob while your health is slowly dwindling isn’t exactly a chill time, the pace that TBC offers is gradual – it gives the players a lot of time to understand and learn the mechanics of the game and how exactly the world works. Granted, it can also test one’s patience especially for those who’d rather get from point A to point B in a matter of minutes. This especially goes for players who are just so used to getting things done and powering through dungeons. The serenity, the slow pacing, the zen-like experience – these are things that players must succumb to if they want to truly enjoy their experience. By doing so, it can be apparent to see why there are gamers who lose hours, days, weeks, or even years of their lives in World of Warcraft. By chipping away at quests at one’s own pace and enjoying what seems to be an endless narrative, that’s where the true enjoyment lies. There’s also the matter of the community and real relationships that players can forge. Make no mistake, World of Warcraft is one of the largest gaming communities out there, and there’s more than willing to help newcomers in their journey.

Players could have a sublime experience in World of Warcraft Burning Crusade Classic if they don’t fight the flow of the game. Burning Crusade is an expansion that truly pushes its players to take their time in doing things instead of trying to tick off the list of seemingly neverending quests. It’s futile, after all. The list can go on and on and no doubt there are a lot more reasons to be told as to why WoW TBC is a great game to play. But it’s important to know that adapting to a more relaxed pace in farming WoW TBC Classic gold and TBC items can lead to greater results in actually enjoying what the expansion has to offer. Do you also think that Burning Crusade Classic is the perfect time-sinker? Let us know down below.